More about the Trust and our 25 year campaign to prevent inappropriate development and save Ruperra Castle.

Objects of the Constitution:

Charity Number / Rhif Elisen: 1135940
Registered in Cardiff / Cofrestrwyd yng Nghaerdydd. Rhif: 6656134 ​
Ruperra Castle, a Scheduled Ancient Monument, Grade II* Listed Building and Grade II Registered Park, was burnt out by fire in 1941 and is still a neglected ruin 80 years later. Over the years, the Castle and its outbuildings have deteriorated as it has been passed through private ownership. In 1981 the South East tower fell and there are serious cracks in the others so it is only a matter of time…

​Our vision is to protect Ruperra Castle and the environmental surroundings of this historic site from inappropriate development. We want to own the Castle and use a range of funding streams to:
There is potential for small scale, income generating uses to be explored within the outbuildings, with any profit going back into the development of the Castle.

We believe that a holistic estate masterplan is needed urgently before any decisions are taken on separate parts of the site.   In the absence of such a plan we have been campaigning for over 25 years against inappropriate development proposals such as housing or a hotel which would be incompatible with a protected conservation area.  Amidst all the uncertainty and delays the Castle has continued to deteriorate.
The first step should be a detailed condition survey of the Castle as the basis for a programme of repair and restoration. We are starting to explore how this could be funded with interested parties.

We are a membership-led, democratic organisation committed to ensuring that this precious historic asset can provide benefits to the local community and that people from a wide area can enjoy its beauty and tranquillity.
​
We urge everyone with an interest in securing the future of Ruperra Castle to work together so we have something to celebrate by the time of the 400th anniversary in 2026.

In 2008, there was an urgent need to focus on the fight against plans for an inappropriate housing development at the Castle so some of us set up a dedicated Ruperra Castle Preservation Trust and left the care of the woodland to Ruperra Conservation Trust.

Three of us are trustees of both trusts and both trusts are concerned about the preservation of the built and natural landscape.


Throughout this time, we have led walks in the area, hosted Open Doors and other events, documented stories surrounding Ruperra Castle, and produced books and films so that we can preserve its history for future generations.
​

Our current objections to proposed plans

​Welsh Government included this area within a designated Green Belt in “Future Wales: the plan for 2040”.  The Green Belt will protect this key area - at the meeting point between the three counties of Caerphilly, Cardiff, and Newport - for future generations.

The Green Belt stretches from the Wye Valley westwards, to the north of Newport, and includes Ruperra as well as Coed Craig Ruperra and Caerphilly Mountain, so protecting this outstanding recreational and landscape arc from inappropriate development.  As such it provides an effective counterbalance to urban development in Caerphilly, Cardiff, and Newport - areas which are capable of being well served by public transport and utilities.  ​ 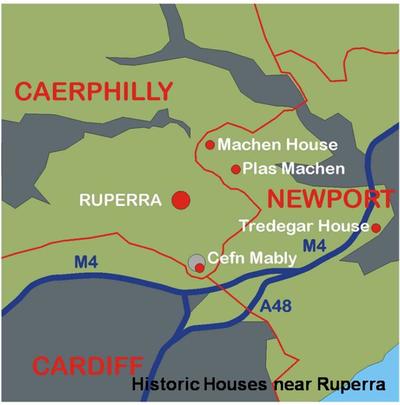 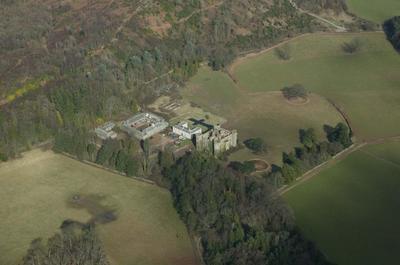 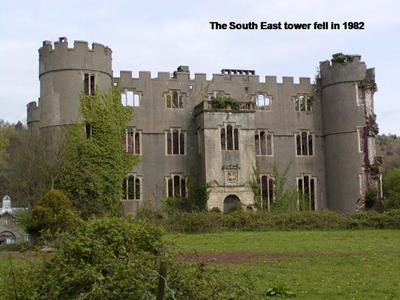